Zoraya Judd – One of the pioneers of the pole fitness industry. Zoraya is an aerial pole performer, instructor, wife, and mother to 3 boys. She is based in Utah and is the founder of Next Level Pole Training – a unique training experience meant to progress you 1-2 pole levels in a very short time period. Zoraya has been traveling, on a regular basis, teaching pole studios around the world for over a decade. Zoraya has participated in many international competitions and has been awarded many titles. She has guest judged and performed at large pole functions and competitions, performed with and for numerous well known actors, musicians, festivals, large corporate private events and has been featured in many magazines, news papers, fox sports, and movies. 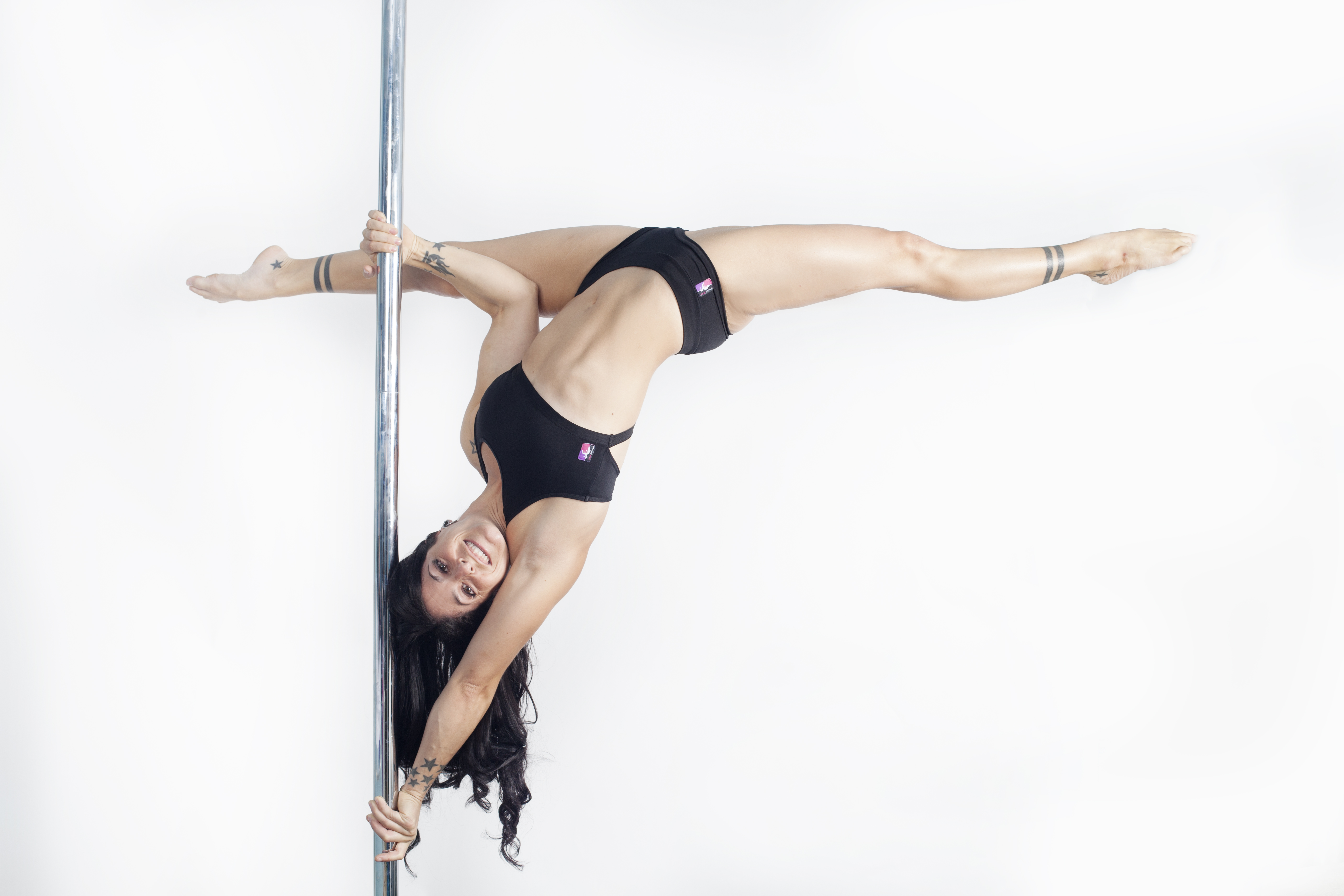 Samantha Star combines her knowledge of pole, gymnastics, yoga, and hand balance to be a dynamic performer and informative instructor. She believes perfecting the fundamentals is the best way to gain strength and coordination to achieve a higher level of fitness and grace. By focusing on technique and core, she helps students attain a solid platform with which they can achieve confidence, strength and power. Samantha teaches at Body & Pole in NYC and also travels the world to perform, compete, judge, and teach workshops.

Athlete Program (US, Mexico & Canada only) The privilege of being granted an X-POLE athlete status is one that is relished by many within the pole & aerial industry. Already, with a number of world renowned stars & champions enrolled on the development program, we are delighted to launch this program & welcome you to the X-POLE family. We strongly advise you to review the contents of the Athlete Program & submit your application for the relevant category.

The core goals of the Development Team are to:

• Nurture and stimulate the career development of new talent
• Track and highlight upcoming athletes for their skills, acumen and delivery
• Advise and mentor athletes to help them achieve career satisfaction
• Deliver the finest set of athletes that this world has seen

For anyone wishing to apply to become an X-POLE Athlete Natasha Wang is considered one of the most influential pole artists working today. Based in Los Angeles, Calif. and born-and-bred in Austin, TX, Natasha is a true “pole citizen of the world” and spends a large part of the year traveling around the globe as an in-demand teacher, performer and competition judge.

As a performer and pole personality, she has appeared on “The View” on ABC, “Good Day L.A.” on FOX, “Amazing Dance” on Hunan TV, and “Day Day Up” on Hunan TV, China’s #1 TV show with over 300 million viewers. Natasha has also performed across Mainland China as a solo artist, including at China Rouge at the Galaxy Macau. In June 2011, Natasha performed with the Doug Aitken art-theater project “Black Mirror” starring actress Chloe Sevigny, which premiered in Athens, Greece.

Known throughout the world for her emotive style, grace and creative storytelling, Natasha is a late fitness bloomer and took her first pole class at the age of 29 with no prior dance, gymnastics or fitness training. Natasha instructs at BeSpun in Los Angeles, CA, was a principal dancer with Kelly Yvonne’s “Girl Next Door Show” from 2010 – 2015, and made her debut in its sister production “Seven” in 2015. Natasha teaches at BeSpun in Los Angeles, CA and is a featured instructor with OpenDance Academy. She is certified by elevatED, Floor Flow, Pole Moves and X-Pert. She is also an X-Pole Athlete and a Brand Ambassador for MilaKrasna, 21 grams Activewear and Denver Circus Supply. www.natashawang.com

A graduate of the University of Texas with a BS in Advertising and a BA in French, Natasha left a nine-year career in public relations in 2011 to pursue her pole dreams, and has never looked back. She is also a published poet and speaks fluent Chinese and French. She has studied dance for 23 years but first competed as a figure skater.

Tara found dance at age nine and by 16, her passion became her professional career; leading to many awards and scholarships.

She trained at several elite ballet & dance schools, around the world, and upon graduation, was named Canadian Female Dancer of the Year.

From her days dancing, on pointe, as a prima ballerina, she is now an X-POLE Athlete gracing the Pole World with her fluidity and killer feet!  It is this finesse, which has seen her take home many Canadian, US and International titles, over the last few years.

While Tara continues to travel the world teaching, judging, performing and competing; she is also the Canadian XPERT Pole Fitness master trainer, clothing ambassador for Artista Apparel and the proud owner of VogueFit, an elite Aerial studio located in Winnipeg, Manitoba. Karley Cottrell is an aerialist and dancer in Las Vegas, Nevada. She has been dancing since she was 2 years old and has been performing at various shows in events in Las Vegas for the last 6 years. She started pole dancing almost 11 years ago and quickly added aerial arts. She now specializes in: pole, aerial pole, aerial hoop, aerial silks, cube, aerial hammock, doubles aerial hoop, and aerial looped straps. She currently travels to perform, teach workshops, and teach for Xpole and XPert. Karley is so excited to help bring pole and aerial fitness into the mainstream through the instruction of both XPole and Xpert.

-Dancer and Aerialist in “Alice: A steampunk Concert Fantasy” in Las Vegas

-Aerialist and feature guest with “Craig Robinson and the Nasty Delicious” in Las Vegas.

-Dancer, Aerialist, and Producer in “Voyeur” in Las Vegas

-Aerialist and Feature guest at “Vancouver Tattoo and Culture Show” in Vancouver, Canada